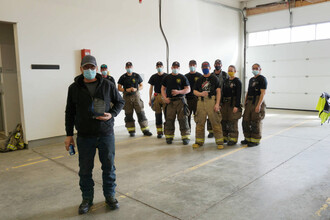 Special thank-you to Wayne Bensen, for the decades of service he has provided to the Pigeon Lake region. 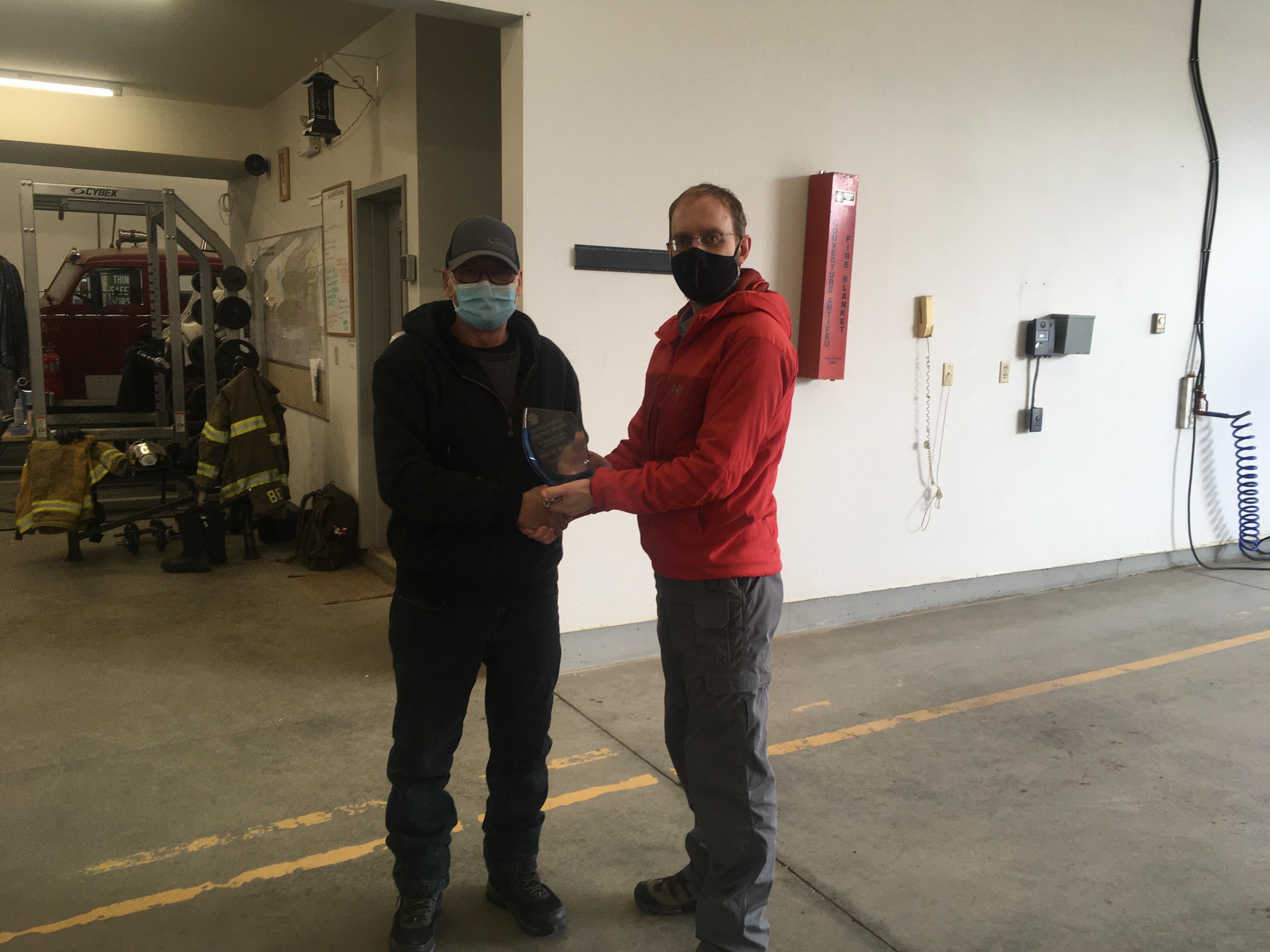 When we first arrived here the County Fire Departments did not respond to motor vehicle accidents. Wayne worked with Fire Chief Stew Raven to purchase Jaws and get County approval. He then set up and taught a Vehicle Extrication training. He has encouraged public relations and fund raising in the County to enable the purchase of additional fire apparatus some of which he built and or modified personally. He has worked hard with his areas to promote fire awareness and the Fire Smart program. During his time as Fire Chief, Wayne has worked diligently to improve the safety of both firefighters with improved training and the public with fire awareness, Firefighters Medical First Response, Fire search and rescue for snowmobilers and ATV/ motorbikes, Residential and urban Fire Smart programs, among many more initiatives.

Wayne has been instrumental to the emergency response capabilities we have today; including working with CAO’s to ensure they have the best fire coverage, supported the creation of a Disaster Preparedness organization, and several projects to increase firefighter moral, recruitment, and mental health.  One of Wayne’s greatest accomplishments has been water safety which he has worked endlessly to initiate, promote, organize, and train for.

Also seen in the Pipestone Flyer