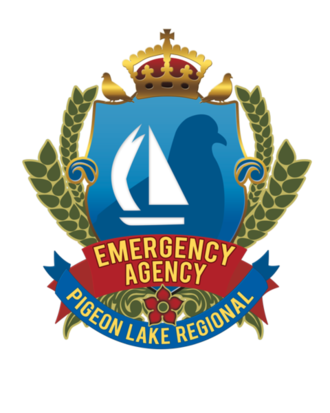 Our Regional Emergency Management project started in 2010. The 10 Pigeon Lake Summer Villages (the seven I administer, plus Itaska Beach, Sundance Beach and Silver Beach) met with representatives from AEMA (Alberta Emergency Management Agency). We discussed the 3 options for dealing with emergencies as outlined in the Emergency Management Act – namely, form a commission, form a committee, or delegate the authority to another local jurisdiction. We also participated in an emergency management exercise and passed Council resolutions to support this essential project for our respective communities.

We then applied for, and received, a Regional Collaboration Grant for $100,000 for all 10 Pigeon Lake Summer Villages to work with a consultant to determine the preferred approach to regional emergency management, as outlined in the Emergency Management Act, then establish and implement the regional plan. We recruited the firm of Priority Solutions Inc (Randy and Colleen Scott) to work with us on this project.

The working committee was formed, consisting of the following individuals: Sylvia Roy (CAO of seven of the 10 Summer Villages – look under my signature for the names), Dr. Harold Wynne (CAO of Silver Beach and Sundance Beach), June Boyda (CAO of Itaska Beach), the consultants, and the field officer for AEMA. The working committee determined that a joint committee was the best of the three available options afforded to us by the Emergency Management Act.

The working group worked on the regional emergency management plan over a period of a few years. This included the completion of HRVA’s (Hazards, Risks and Vulnerabilities Assessments). Each Summer Village Council passed bylaws for the creation of this joint group. We then formally asked the Minister of Municipal Affairs for Ministerial Approval to form our joint committee, which is required under the Act. We received this Ministerial Approval in 2013 (Ministerial Order No. A:005/13) authorizing the Summer Villages to delegate their powers and duties under the Emergency Management Act to the Summer Villages of Pigeon Lake Joint Committee. The joint committee hired a DEM (Director of Emergency Management) whose duty it is to maintain and evaluate the REMP (regional emergency management plan), submit annual and semi-annual status reports, coordinates training and emergency exercises, and has very specific duties in the event of an emergency.

In the event of an emergency, a SOLE (state of local emergency) can be declared by any two of the 10 joint committee elected officials, regardless of which Summer Village(s) are affected by the emergency. So for example, if a tornado had touched down in both Silver Beach and Argentia Beach, any two joint committee members, regardless of which Summer Village they are elected to represent, can declare the SOLE. This regional approach is very effective and appropriate where Summer Village Councils only consist of three members, and some individuals may not be able to be reached in order to declare the SOLE.

The working group presented two different orientation sessions with elected officials of all 10 Pigeon Lake Summer Villages, most recently being held on July 16, 2014 being led by Mr. Pat Kennedy, Field Officer for AEMA.

All along in this process, the AEMA has been very anxious to see the completion of our regional emergency management plan, as this is the first of it’s kind in the Province. They are keen to use this as the model for other regions in Alberta.